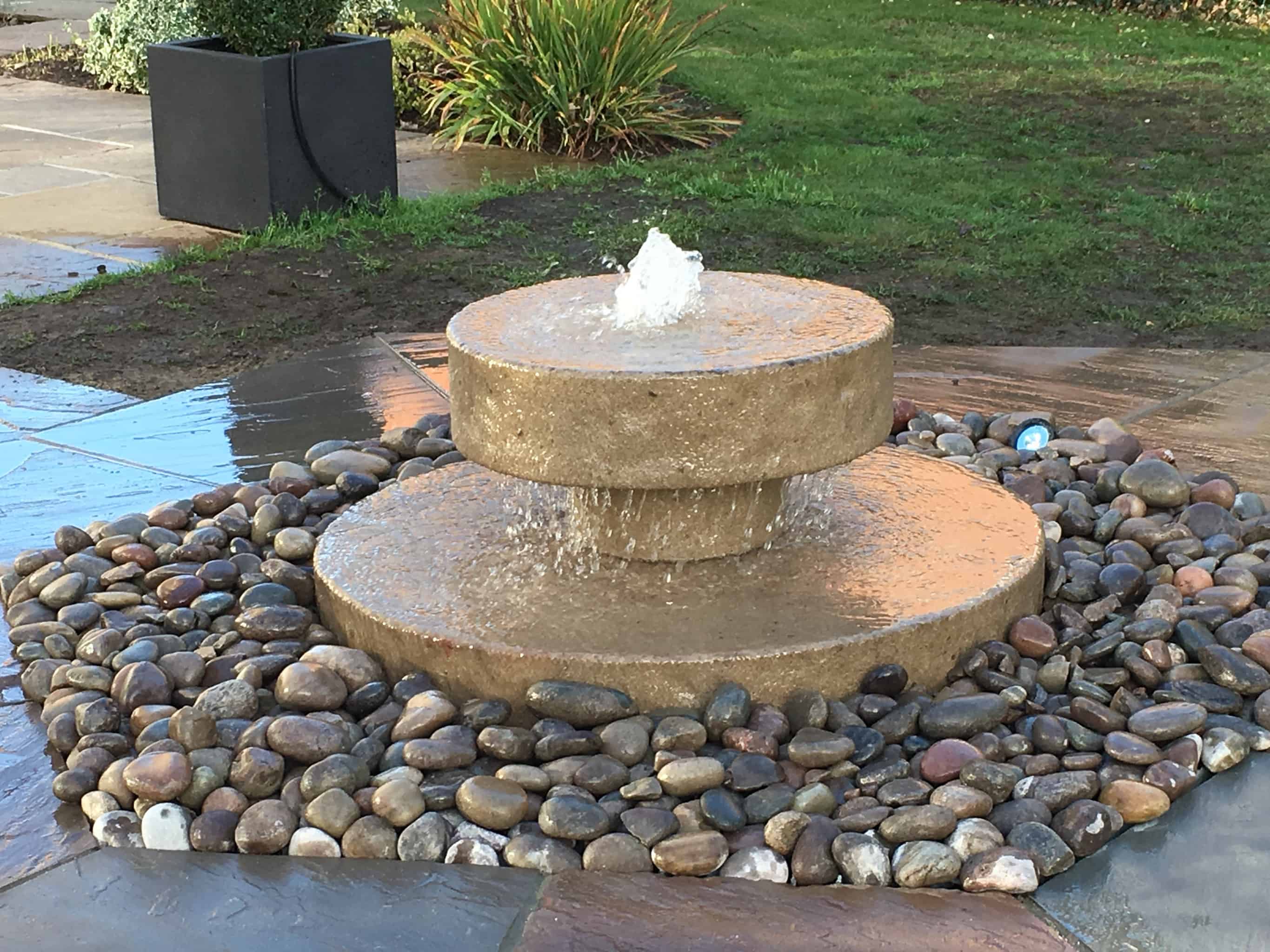 After a full survey including proposed positioning and checking the off the shelf dimensions we offered to design and build a bespoke feature. This involved accurate site surveying for positioning the feature and surround. The feature consists of a 150mm reinforced base with block walls, fibreglassed in black. A brick internal edge was laid and heavy duty security grid cut to size and shape on site, external wall constructed then Indian sandstone pavers measured and cut to size for laying, after electrics, pump and lighting were installed it was dressed with Scottish cobbles. The light operates with a dawn to dusk sensor.

Once the millstones were manoeuvred into place by hand and a safety grid cut and added we built an external wall and laid natural stone paving as a surround. The large millstone is 1m diameter and 200mm deep and it was a Herculean task to put in place and level.

Surround completed we installed the lighting and pump before testing